You are here: Home › Actualités › Justin Trudeau vows ‘significant improvements’ to refugee system
By HoSung Kim on 5 décembre 2016 in Médias

‘It was very disheartening’: Sponsors complain of delays, lack of communication about refugees

Prime Minister Justin Trudeau has told refugee sponsors in Canada who are frustrated by a lack of communication that the federal government must « make significant improvements » to a system that can be trying for both bureaucrats and immigrants.

Trudeau made the comments during a discussion with a small group of Syrian refugees, two sponsors, and CBC Metro Morning host Matt Galloway late last week in Toronto.

Piali Roy, who was part of a community group that sponsored six family members to come to Canada, noted that one of them, a single male, had to stay behind in Beirut.

Roy told Trudeau that one of the biggest challenges she and the man’s family face is the difficulty with getting any information from the government about the file.

« So we have to go through our MP’s office to be able to get updates, and that’s been one of the frustrating parts of this process and we don’t understand why the file doesn’t get updated on the computer system, for example, » she said. 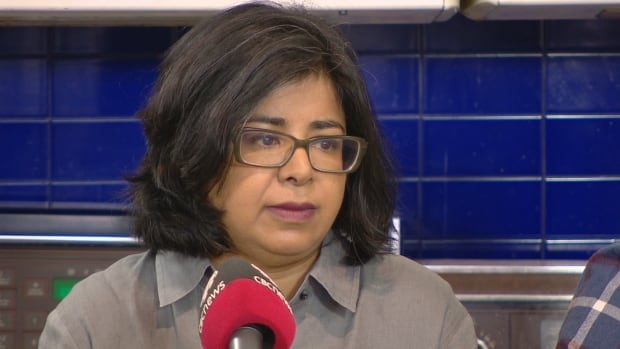 Piali Roy said it’s been difficult to get information about a man who was left behind after the rest of his family was allowed to come to Canada. (CBC)

Trudeau said he heard similar complaints when he was an MP in the Montreal riding of Papineau, where many newcomers settled when they arrived in Quebec, and it comes down to « a question of resources. »

« Because of that, and because of this level of frustration that I’ve seen as an MP and because families live with, one of the things that we’ve committed to is actually properly resourcing our immigration system, looking at how we can be much more computer-based so that you can see real-time updates and we don’t have to hire someone to answer you and we can use modern technology. »

He added that « we have to make significant improvements in the immigration system, » but he did not expand further on which measures could be implemented.

‘It was very disheartening’ Rev. Wes Denyer echoed concerns about the inability to get clear information from the government about the status of a refugee family. He represents a group of three Toronto-area churches that was expecting to greet a family of four at the airport sometime in February. February came and went, and they are still waiting.

The group recently received notice from the government that they could sponsor a replacement family, which they reluctantly agreed to. But then they learned that the original family hadn’t been told that they were no longer being sponsored by Denyer’s group.

« It was very disheartening to our group because we didn’t get any knowledge about what was going on, » Denyer told the prime minister. « And the first communication we had was Aug. 25, and we were told that our family was held up and we were being offered a replacement family. »

While he understands that « the government doesn’t have infinite resources, » he suggested that it could establish an office like a refugee ombudsman to communicate with bureaucrats, as well as sponsorship groups. 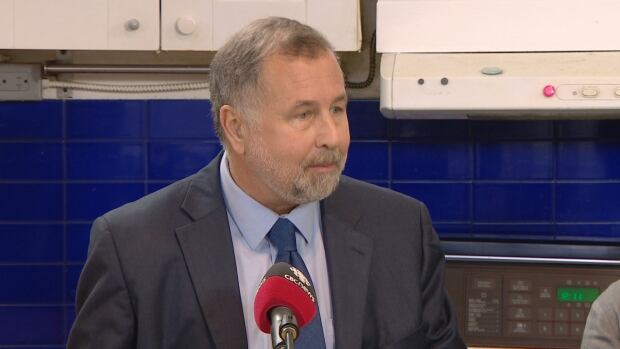 Rev. Wes Denyer said he and his group of sponsors were left waiting months for their refugee family, only to be offered a replacement family. (CBC)

« We are looking at improving this situation, » Trudeau said, adding that what happened to Denyer and his group « is unacceptable. »

‘We need to do a better job’

Vanig Garabedian, a gynecologist and obstetrician in Syria, brought up the challenges even for a skilled worker like himself to integrate into Canadian society. His children’s transition « was very smooth and quick » and they are now skiing and skating like other Canadian youth, he said.

He is in the process of writing exams that he hopes in the end will allow him to practice medicine wherever in Canada his skills are needed. But what he needs, he said, is someone to supervise him, like a mentor, as he goes through the process.

« I feel I have a debt, too, a debt to the country who gave us another chance to live, to survive. I will do that, » Garabedian said. « I feel that being back to my profession would make me somehow a role model. And I hope I do that. »

Galloway, host of CBC Toronto’s Metro Morning, asked what Canada is doing to capitalize on the number of people arriving in Canada with skills like Garabedian’s.

« Obviously we need to do a better job and there’s always more to do in terms of integration, » Trudeau responded, noting that in the health-care field, tests must be done to ensure that Canadians will receive the same level of care whether they see a doctor that was born and trained in Canada or trained elsewhere. He noted, however, that any doctor who can’t practice is a doctor that isn’t able to help people get better.

‘This is a difficult thing we’re doing’

Despite the concerns from the sponsors, Trudeau noted that while the government would like to do things « as smooth and efficient as possible, » bringing refugees to Canada « from extremely vulnerable situations » who may not have all the necessary paperwork is very challenging.

While the government needs to ensure that it’s supporting refugees and their sponsors, it also needs to be able to say it has covered all bases on the national security front.

The government needs to focus on « reassuring Canadians that on the level of security, on integration, on all those sorts of things, we have the parameters in place to be able to say, and not just to Canadians so much but to our neighbours to the south, ‘No, there’s no increased risk that we’ve brought over all these wonderful new people.' »