You are here: Home › Actualités › Clients of convicted immigration consultant facing deportation for lying
By HoSung Kim on 27 novembre 2016 in Médias

One by one, many of the 1,200 former clients of an unlicensed Richmond, B.C., immigration consultant are getting the bad news — they’re no longer welcome in Canada because they lied.

CBC News has learned 320 immigrants, who each paid thousands of dollars to New Can Consulting and owner Xun (Sunny) Wang, are now facing deportation to China.

One year ago, Wang, 47, was convicted of one of the biggest immigration scams in Canadian history — making $10 million by filing fraudulent immigration applications for his clients.

In one of his ploys, Wang falsely used his own home in Richmond as an address for 114 of his clients who didn’t live in Canada.

Convicted immigration fraudster Xun (Sunny) Wang used his own home in Richmond as a fake address for at least 114 of his clients. (Mike Zimmer/CBC )

His appeal of his seven-year prison term and $900,000 fine was rejected last month.

Three of his former employees will be sentenced in January and three more are awaiting trial. At least three others have warrants out for their arrest.

Now the Canada Border Services Agency says of Wang’s 320 ex-clients facing review of their immigration status, approximately 200 could be stripped of their citizenship and 120 could lose their permanent residency status.

Hundreds of other former New Can clients could also be in trouble.

In an email to CBC News, the border agency said it is continuing efforts to « uncover fraud on approximately 500 cases remaining to be investigated ».

That means out of the 1,200 clients of New Can, over 800 could ultimately be sent back to China.

Guo Liang Lin is one of them.

At his recent hearing before the Immigration Refugee Board (IRB), the clean-cut man in his late 40s was ruled « inadmissible to Canada due to misrepresentation. » 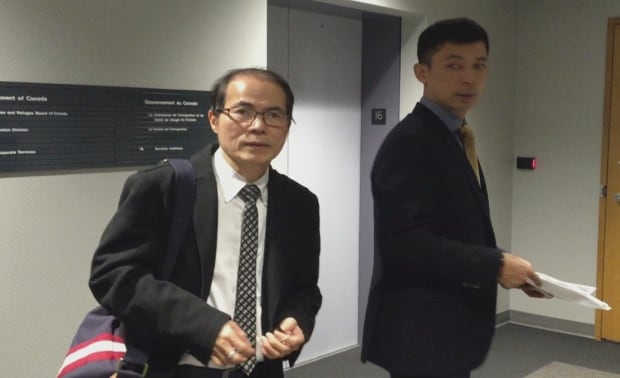 Immigration consultant Eric Leung, left, and client Guo Liang Lin. Lin admits he signed documents that said he lived in Canada three times longer than he actually had to obtain permanent residency. Lin was working with a different immigration company at the time, which he blames for falsifying records. (Manjula Dufresne/CBC )

Lin was issued an exclusion order, banning him from re-entry into Canada for five years unless he gets permission from immigration officials to come back sooner — something an immigration and refugee spokesperson says rarely happens.

Lin immediately launched an appeal on humanitarian and compassionate grounds, a move that will allow him to remain in Canada for nine to 12 months until his case is reviewed by the Immigration Appeal Division.

The board adjudicator heard that Lin, who received permanent resident status in 2010, had spent just seven months in Canada over five years — not the minimum two years required by law.

This allowed him to live and work in China, while keeping his wife, son and daughter in B.C.

But his passport was altered by New Can Consulting, his IRB hearing heard, with entry and exit stamps falsified to make it appear Lin had spent 980 days, or just over 2½ years, in Canada.

Permanent residents are entitled to most social benefits in Canada, including health care. 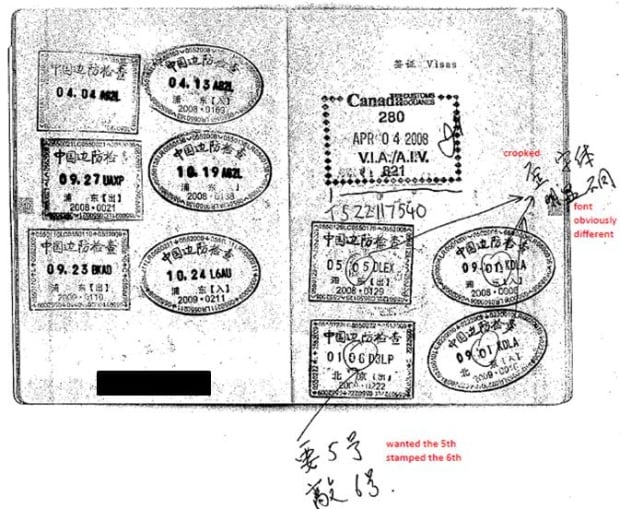 A page of a passport showing entry and exit stamps that were falsified to meet residency requirements to maintain permanent residence in Canada. (CBSA)

Despite his prolonged absences in the past, Lin says being forced to return to China will unfairly separate him from his wife and children.

« [My] family members are all in Canada, » he told CBC News outside his hearing, « So me alone in China, this is a hardship ». 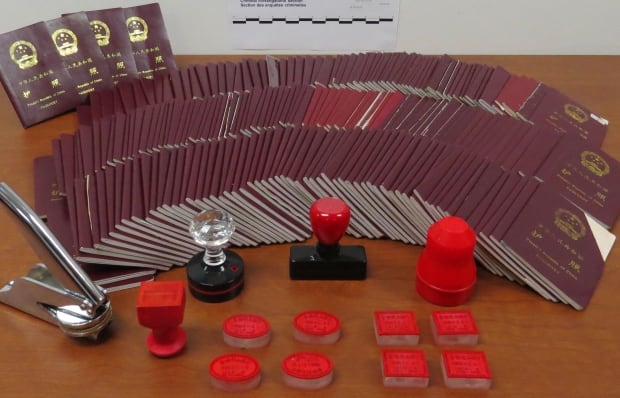 Seized passports and stamps used in the immigration scam by New Can Consulting are displayed by the Canada Border Services Agency. (CBSA)

Lin’s new immigration consultant, Eric Leung, who is helping Lin with his IRB case, blames the deceptive practices of New Can consulting, saying Lin was an innocent victim who signed documents that were in English, not his native Mandarin.

« My client did not understand English, so they trusted the agent. The agent asked [him] to sign, and [he] signed. »

Li, 51, lives in a $7-million Kerrisdale home and drives a luxury SUV.

A permanent resident, he also had fraudulent entry and exit stamps in his passport, his IRB hearing heard — and he, too, was quickly ruled inadmissible to Canada on grounds of misrepresentation. 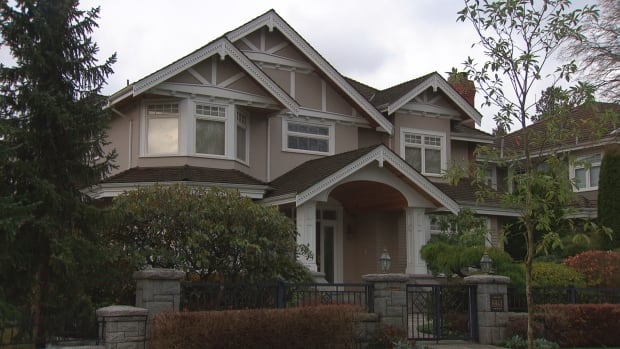 Pei Jia Li, a permanent resident who has fraudulent entry and exit stamps in his passport, lives in this $7-million home in Kerrisdale, an affluent neighbourhood in Vancouver. (Harold Dupuis/CBC )

Li pulled a hoodie over his head and later roared off in his SUV when approached by CBC News.

But his lawyer, Andrew Wlodyka, also blames New Can Consulting for the possible deportation orders now facing 800 of the company’s former clients.

« The consultants were absolutely dealing with people who are totally ignorant. They didn’t even realize that the consultant was not even licensed, » says Wlodyka. 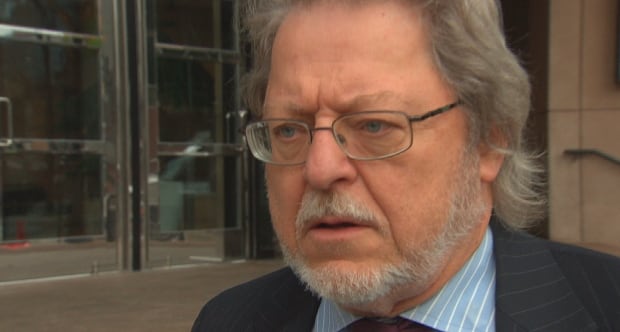 Lawyer Andrew Wlodyka, who represented Pei Jia Li at his admissibility hearing, says the clients of the convicted consultant are victims and should be allowed to stay in Canada. (Harold Dupuis/CBC)

« A lot of these people have actually made a significant contribution to Canadian society. They laid roots here, they’ve bought property, they’ve established businesses. So it’s a really tragic situation. »

« All of the circumstances have to be looked at to determine whether booting them out of Canada is the right thing. »

Both Li and Lin have indicated they will argue they weren’t responsible for the fraudulent tactics of New Can Consulting. But they could face an uphill battle.

He says the Canadian government hasn’t been keeping other immigration consultants honest.

Leung believes that while New Can has been shut down and owner (Sunny) Wang thrown in prison, other dishonest consultants are still busy filing fraudulent claims on behalf of clients.

« We should not stop the investigation. We have to find all of them. I personally do think there are always non-stop cheating issues around our country, around B.C. province. Definitely. »

If Leung’s suspicion is followed up by Canadian immigration officials, it could mean many more permanent residents and Canadian citizens who obtained their status through dubious consultants could be looking over their shoulders in the months to come.

For undocumented immigrants, the Trump era is one to fear
McKercher: How the Liberals are keeping my granddaughter from being a Canadian